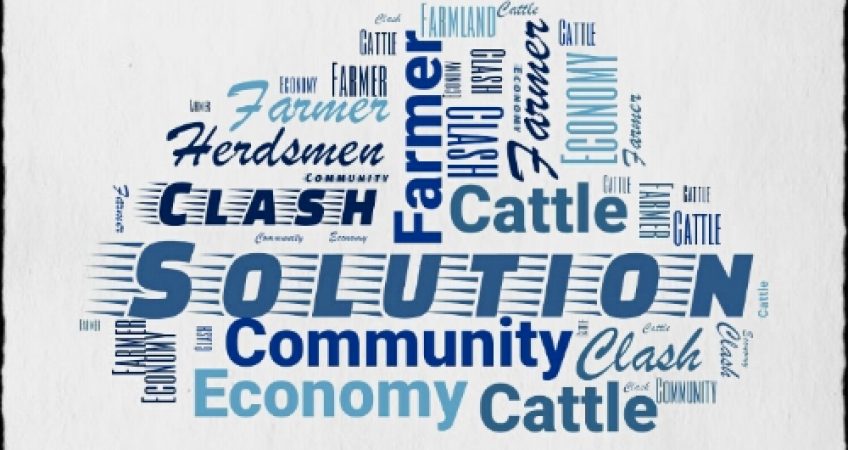 IS THERE SOLUTION AT HAND?

Nigeria being the most populous black nation with a census of 191,836,000 as cited by Wikipedia, has the most potential for economic growth and social development considering her vast resources and human capital. But various challenges from individuals and collective actions have stunted these potentials leaving the country in the depths of poverty, instability and continuous economic decline. These challenging elements, if not tackled head-on would only hinder all new efforts to improve the economy and social development. One of these challenges is the current crisis existing between the farmers and the cattle-rearing individuals or Fulani herdsmen as they are widely referred to. The fact is that this is the crisis between two very important groups in the food chain of the country. These two groups of people are responsible for feeding the major percentage of the population.

A conflict between these two groups, as have been going on in recent times, not only promises large-scale economic problems for the country, but there is a chance of a nationwide civil unrest if the situation is not handled as it should be. The recent clashes that threaten the peace and security of the nation as a whole were caused by factors that have been traced to uncontrollable forces of nature. The Herders have often in the past carried out their grazing and pasturing in areas much farther away from where farmers plant their crops. However, in recent times, and with the effect of the present global warming, such areas are increasingly becoming unproductive enough to serve the cattle. As the herders do not know of any other options to feed their cattle, they migrate to such places as they think will be fertile for their herds. This recent migration phenomenon eventually pushed down south into the territory occupied by the farmers.

Once the herd of cattle enters any farm, the havoc and damage caused have been totally irrevocable. Many of these farms, however, cost their owners a lot of time, effort, and money. Some of them make a livelihood off the produce of these same farms. In such a situation where the herd destroyed a man’s farm to such an irreparable stage, he (the farmer) goes for the option of retaliation. And what way to feel satisfied except to destroy the other party’s property. The farmers, therefore, try to kill as much cattle as they can. The herdsmen on seeing this will defend their herd and a scuffle of imaginable proportion had always ensued from this.

The report of “A. Sulaiman and M.R. Ja`afar-Furo, 2010. Economic Effects of Farmer-grazier Conflicts in Nigeria: A Case Study of Bauchi State. Trends in Agricultural Economics, 3: 147-157.” shows that the heaviest loss in monetary terms which is up to the tune of ₦72,117,006 dating all the way back in 2007, arose from the loss of farm and farm products. Meanwhile, livestock lost to the conflict included 34 cattle and 11 sheep/goats valued at about ₦1,900,000. On the human front, six persons were accounted for as having lost their lives to the conflict while about 45 were injured with 15 of them completely incapacitated to work for the whole period of the study. In total, the result of the above study showed that a total of ₦87,456,185 was lost to the conflict, and this was just in the early days of the conflict, not yet on the scale that currently exists as at today. 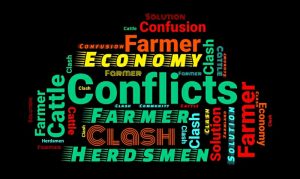 This is the situation that has been going on recently, and there doesn’t seem to be a solution to reach. If a permanent solution is not found to this, we risk inciting unrest in an already agitated nation. If farms keep getting destroyed and the people are not able to access enough food to feed them, and if the cattle keep getting slaughtered and the people do not have enough meat to keep them going, there is a very big chance of a civil unrest. The study referred to above also showed that among the effects of the conflict was an increase in the poverty levels of the affected and neighboring communities, an increase in social insecurity and inadequate food supply for the families. This also subsequently led to an increase in prevailing diseases.

So what should be done about this situation??? Well, this is where the concept of hydroponics comes to play. The previous article has explained all about hydroponics and how it works. The ease and manner with which the hydroponics system works means that it has a huge potential to put a permanent end to this life-endangering conflict. If we are able to properly implement and properly manage a nation-wide hydroponics initiative, we can be sure of not only an end to the conflicts but even more abundance of both resources viz food and cattle, in ways that have never been experienced in the country.

For the cattle, the hydroponics system will provide them fresh feed all year-long regardless of the climate and weather condition, this will limit or totally negate the need to migrate to seek for greener pastures. Constant fresh food will directly influence positively, the growth of the cattle, this will, in turn, have a positive effect on what is made available to the masses. Also, constant fresh foods for the cattle will also have a positive effect on the level, quality, and quantity of the milk being produced by these cattle which will result in a higher supply for the consumers and more opportunities for those who make their living from this produce.

For the farmers, the hydroponics system is like a dream come to life. The hydroponics system erases the need to wait for a particular period or season before planting. Also with the system, crops can be planted all year round and with same, or even better results from the crops planted. This means that if this is adopted, the people can be assured of fresh foods on their tables all year-long. Imagine what this would do to the state of mind of the public. Also, this is a non stop income source for the farmers involved.

Eventually, this becomes a win-win-win for all parties involved. So what are we waiting for, the hydroponics way is the only way.